Vikings returns Wednesday night, toning down the action and setting the stage for what’s to come, while revealing the fallout of the battle between Ivar and his brothers that wrapped up at the end of the first half of Season 5. Rollo returns for his own reckoning with loved ones. And our heroes make their way to a strange land. 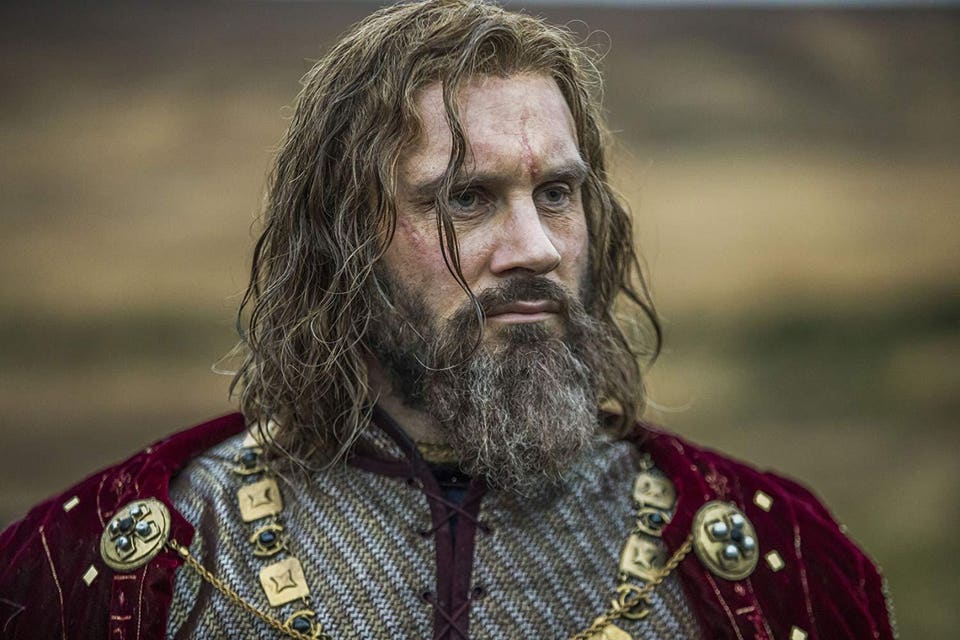 ‘Vikings’ returns for the long-awaited second half of Season 5 with ‘The Revelation.’CREDIT: HISTORY

I’m not really sure why Vikings was split into two halves of Season 5 instead of just making tonight’s episode the season premiere of Season 6. Whatever the reasons, here we are, in the days following the massive battle that saw Ivar (Alex Høgh Andersen), with help from Rollo’s men, defeat and scatter the army of Bjorn (Alexander Ludwig), Lagertha (Katheryn Winnick) and Ubbe (Jordan Patrick Smith).

I had a lot of problems with the midseason finale, and with the entirety of Season 5 up to this point. The battles have been hokey and unrealistic. Fast travel, bizarre character motivations, truncated storylines, and an unexpected dip in the quality of production and writing have all left me questioning whether we’re even watching the same show that was once the story of Ragnar Lothbrok (Travis Fimmel) and is now…something else.

Fortunately, I have few complaints about tonight’s midseason premiere. For one thing, very little happens and what does happen is more emotionally charged and less action-packed. The big revelation, of course, is Rollo (Clive Standen) telling Lagertha that he wants her and Bjorn to accompany him back to Normandy. You see, not only does he love her, he’s Bjorn’s father. 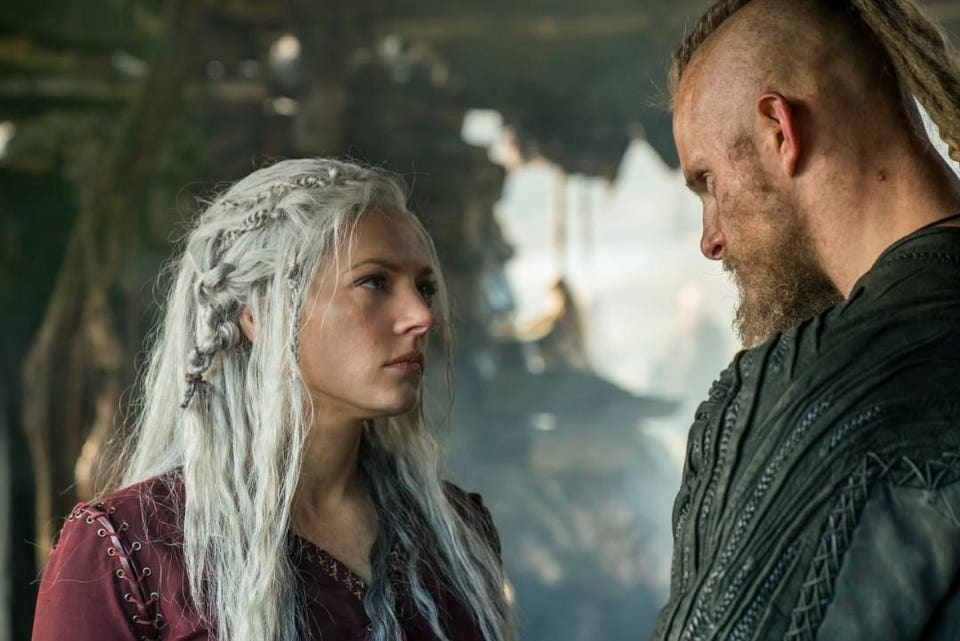 He tells Bjorn this as well, but Bjorn won’t hear it. After all, he looks more like Ragnar than Rollo, so it can’t be true. In fact, this and Rollo’s second betrayal—lending Ivar troops (a wholly unrealistic and unbelievable action that makes no sense historically, but whatever)—stir such rage in Bjorn that he very nearly kills his uncle/father.

Lagertha refuses, largely due to Bjorn’s anger, and Rollo departs. “This is the last time we’ll meet,” he tells her. I wonder if it’s the last we’ll see of Rollo on this show? They’ve made him look awfully old—like Ragnar before him—sparing only the women from any visible aging signs. Lagertha, despite her sudden white hair, remains wrinkle-free, as beautiful as ever. The white hair might make her even more beautiful. Torvi (Georgia Hirst), too, remains as young as ever.

I suppose Floki is also still his impish, youthful self, though off in Iceland he puts his life into the hands of his motley band of settlers, letting them decide whether to sacrifice him to the gods in an act of holy appeasement. They vote “no” and Floki is spared. Not much else happens in the Iceland timeline, which is just as well since this entire timeline has been fairly boring.

So Bishop Heahmund (Jonathan Rhys Myers) tells Lagertha and the gang that they should come with him back to England where he’ll vouch for them. Ivar will find them soon enough if they don’t leave. Sure enough, Rollo goes back and makes an outrageous deal with Ivar for riches he cannot possibly provide in order for Rollo to tell him the location of Lagertha and Bjorn. Fortunately (and likely Rollo knew this) they’ve already made good their escape. 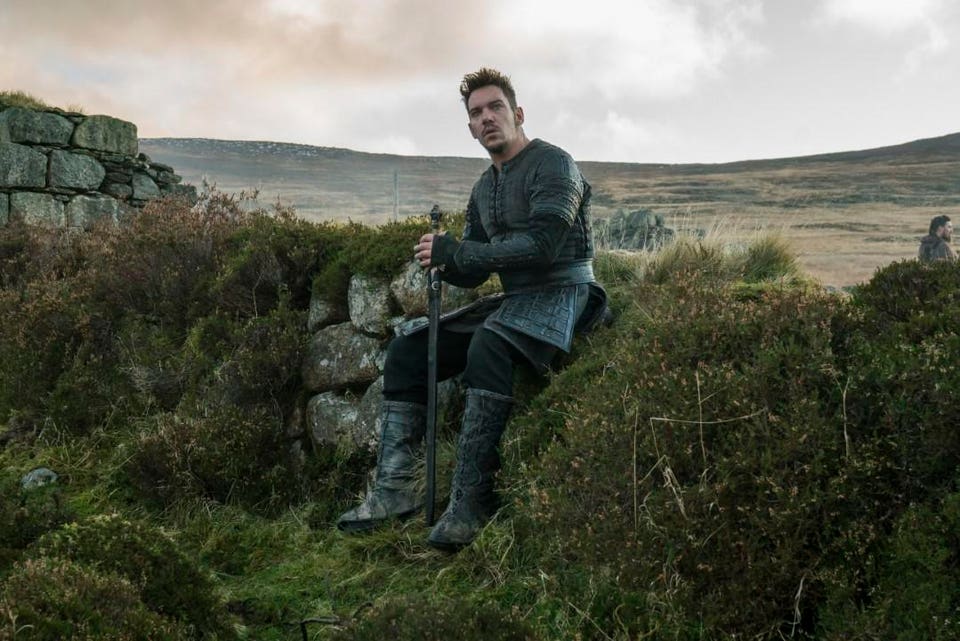 Heahmund is full of crap, by the way. He tells Lagertha that he’s been celibate up until he met her, something we know isn’t the case given we were introduced to him at the end of Season 4 while he was in the middle of rather passionate relations with a woman. Then again, priests and bishops of this era were under no obligation to be celibate to begin with, something that wasn’t made an actual Church doctrine until the Second Lateran Council held in 1139, hundreds of years after the events of this show (though the events of this show are such a mish-mash of different historical times that it hardly matters. Suffice to say, Vikings is not a very historical show despite airing on History.)

So the gang heads back to England where King Alfred (Ferdia Walsh-Peelo) is preparing defenses against various viking invaders that have no relation to the sons of Ragnar Lothbrok and their once-massive army. He’s also ruffling feathers in the church, demanding that they educate the populace and not only use Latin, but also English in their sermons and teaching. This is, in fact, very historically accurate and I love to see it play out. Alfred’s renaissance was as much about shoring up Wessex’s defenses as it was about educating the populace, but it’s still a remarkable history, and set the stage for the rest of England’s extraordinary history of war, rebellion against the Catholic Church, and ultimately empire. 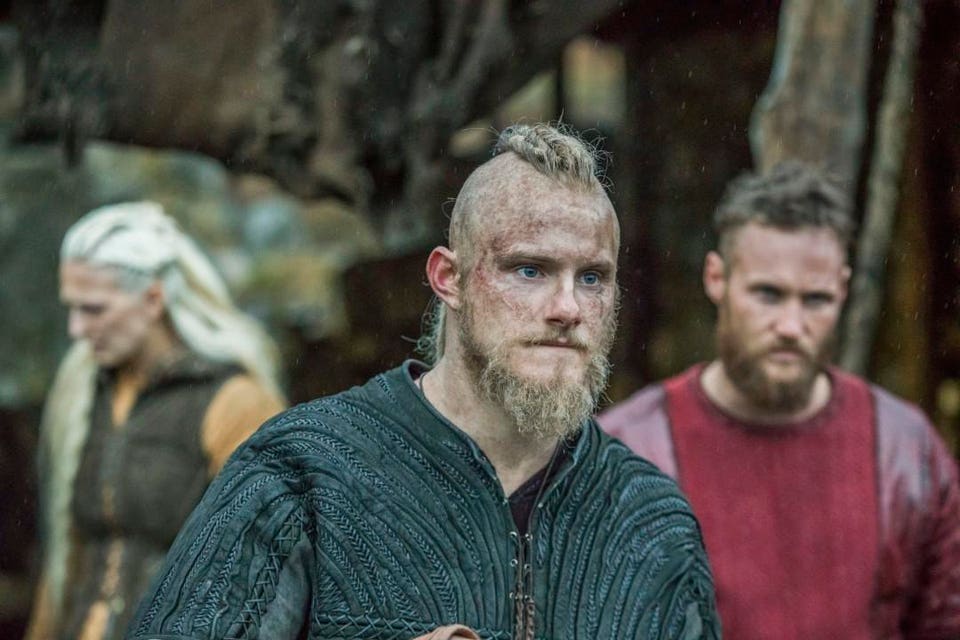 When the vikings arrive, they’re taken prisoner by Alfred’s brother and his men who, apparently, were just out waiting to catch vikings by the river. They’re taken back to Alfred in a cage. It’s hard to tell whether Heahmund will vouch for or condemn them once they arrive. I suspect that Alfred will have his own plans.

Elsewhere, Margrethe has gone truly mad. After being locked up with the pigs, she’s taken by Ivar back to Kattegat where Hvitserk unties her and carries her off. Ivar laughs, “She’s going to kill you,” but Hvitserk is, despite his odd choice of allies, a gentle soul. She probably will someday.

We see very little of Ivar. He bristles at Rollo’s absurd “deal” and rages when Lagertha is nowhere to be found. At one point he speaks with the strange, blond slave he freed earlier in the season. She tells him she’ll do anything for him. I’m not sure what her game is yet. 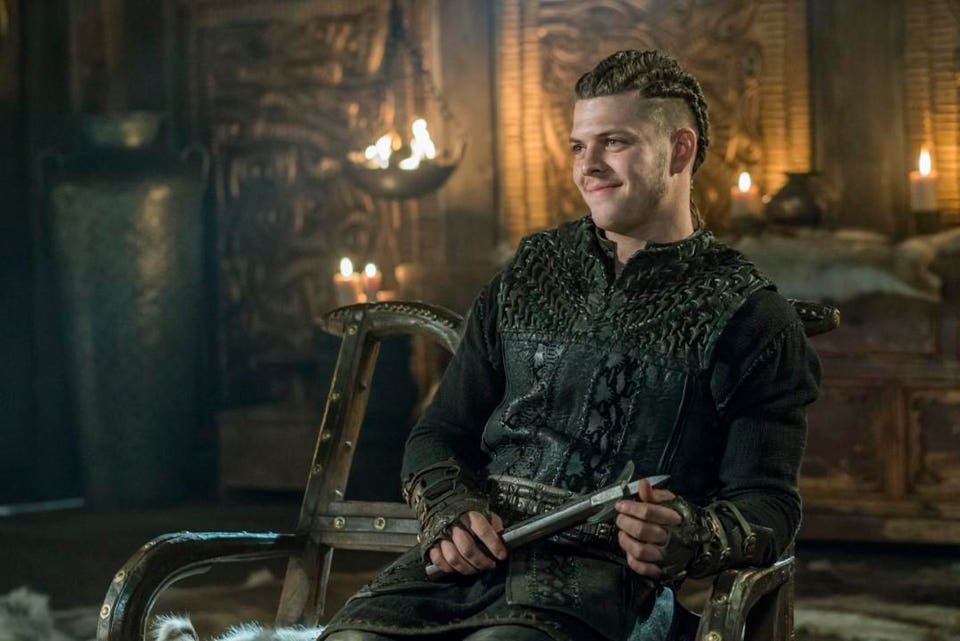 All told a fairly uneventful episode of Vikings, but one which I still enjoyed. It still feels like the golden age of this show is behind us. Will we ever have such wonderful battles again? Or such glorious moments like those between Ecbert and Ragnar? And Lagertha/Heahmund is a lousy substitute for Ragnar/Athelstan. Will any of these stories ever live up to the ones that came before?

I’m not sure. But I did enjoy Rollo’s pleading with Bjorn. Sad, pathetic, bittersweet. I’ll miss him if this is indeed his final episode. 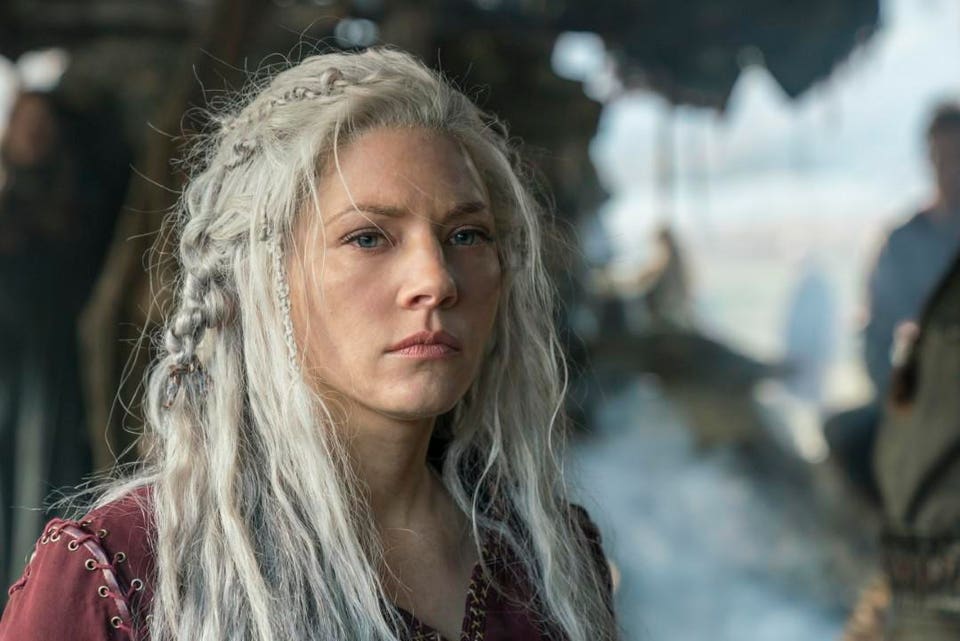 I’m not sure what to think, quite honestly. This is a show that still has a great deal of potential, but I’m not sure where the story is going or what the point of it all is. Without Ragnar, there’s been a void in its center that can’t quite ever be filled, even with all his sons, wives and friends. Maybe that will change as this season unfolds. Maybe I will become an Ivar believer. Or maybe Bjorn will stop being such a blustering caricature of a viking. Or maybe Lagertha will go back to being the badass she used to be.

So many possible things could happen, but I’m not sure if they will. I feel inclined to withhold too much judgment just yet. To let things play out for a little while longer.