Member of Parliament (MP) for Assin Central constituency, Kennedy Ohene Agyapong has launched a verbal blitzkrieg on two journalists; Komla Klutse of TV3 and Araba Koomson of Joy FM for the manner the duo went about reporting on how the Director General of the Ghana Maritime Authority (GMA), Kwame Owusu allegedly spent GH¢1 million on renovation of his official residence.

Kwame Owusu, who is said to be a bosom friend of the maverick politician, is embroiled in conflict of interest allegations.

The GMA Boss stands accused of blowing an amount of GH¢135,125 on an end-of-year party for staff and another GH¢10,652 on food at Luxe Suites Hotel.

Mr Owusu, is believed to be the Group Chairman of Luxe Suites Hotel, and his patronage of the hotel using his position at GMA raises a conflict of interest case.

A memo leaked to the media last week revealed that on October 08, 2018, an amount GHc10, 652.05 worth of food was supplied to the authority by LUXE SUITES and HOTEL after a management and stakeholder meeting.

Another Memo also revealed that GHc135, 125.00 was spent on food, drinks and music for staff during the end of year dinner party.

But the beleaguered GMA Director General has stridently refuted the allegations, insisting the said memo was doctored in an attempt to defame him.

Evidently not enthused by the negative media spotlight on his close pal, Hon Kennedy Agyapong launched a scathing attack on the media during a live radio interview on Asempa FM’s Ekosii Sen programme, Monday.

Quite characteristic of him, the outspoken NPP MP, in his usual abrasive tone, virtually took the two journalists to the cleaners by turning his firing cylinders on them.

“The journalists are accusing him of going overboard if I was the one I would have said more because I saw Araba. Someone sent the news video from US to me…I saw Araba Joy TV saying these are the kind of people we use our taxpayers’ money them…excuse me Araba! How much is your meager pay?” he quizzed. 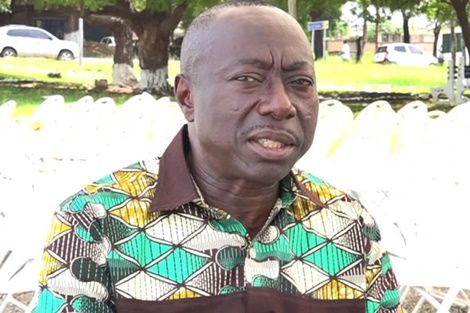 “Kwame Owusu is a very good friend of mine and he tells me everything. Why have journalists in this country refused to do due diligence before accusing him of misappropriating funds?….The interesting thing is that anything you put on Facebook a lot of people watch…anyone interested in issues about Ghana watches and reads a story and has no means to check if it is correct or not. I will urge you to check the way you churn out some of your news. Sometimes when you are fed up with the negative news out there, you react,” he stated.

Clearly dripping with venom, it became quite obvious that not even the gentle entreatment from the host, OB, to season his language and be decent, will have any effect as they passed by him as the idle wind.

“….look at your face, the man’s son has completed a law school in the UK. If Araba claims she is intelligent she should go and write an exam in the UK. Some journalists are so foolish and stupid they want to run down some respected persons. What nonsense is going on? And that other stupid one at TV3,” he fumed.