The 182m (600ft) high structure in the western state of Gujarat is a bronze-clad tribute to independence leader Sardar Vallabhbhai Patel.

Prime Minister Narendra Modi said the “statue of unity” would serve as a major tourist attraction.

But locals say this is as a waste of public money and that the funds could have been put to better use.

Mr Modi, who unveiled the statue at a grand inaugural event, said it is “a symbol of India’s integrity and resolve.”

According to local reports, thousands of policemen have been deployed across the district, which has witnessed incidents of violence and protests over the effigy. Police also detained farmers and tribal activists who were protesting on Tuesday.

The statue has become a rallying point for local farmers who are demanding compensation for land that they say has been acquired by the government for various projects, including the construction of the memorial.

The Gujarat government is reported to have paid more than half of the funds for the statue, while the remainder came from the federal government or public donations. 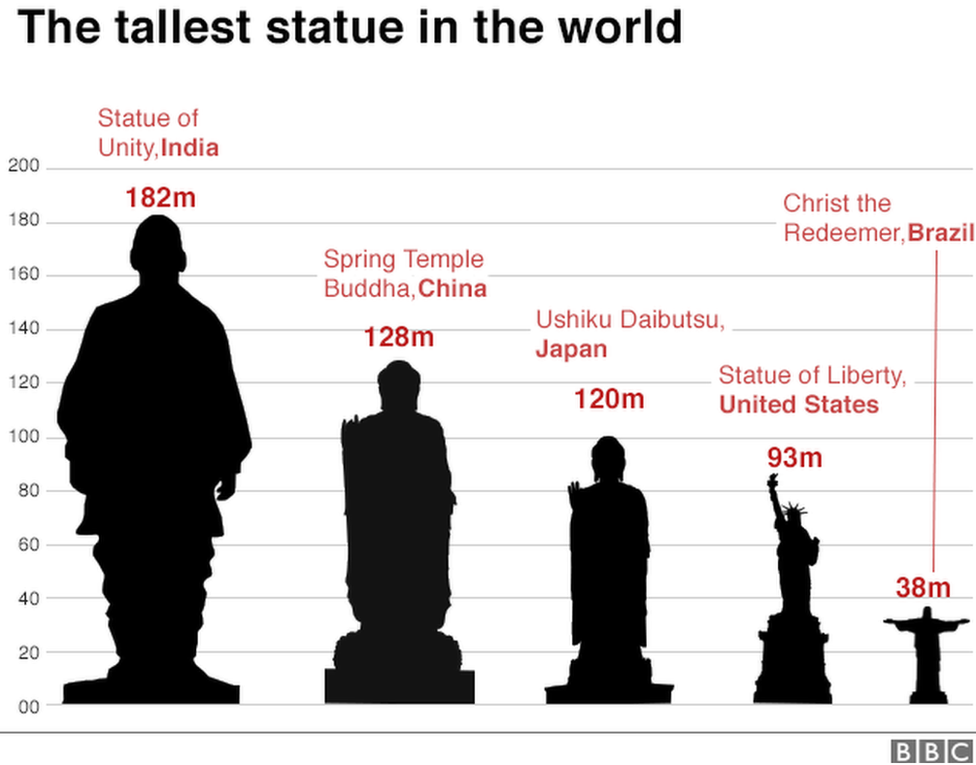 The memorial has been seen as a pet project of Mr Modi, who like Patel, was born in Gujarat. He commissioned the statue when he was the state’s chief minister in 2010.

It is nearly twice as tall as New York’s Statue of Liberty. And it has surpassed the height of the Spring Temple Buddha in China which, at 128m, was previously the tallest in the world.