The Trump administration is considering a plan to limit most, if not all, members of the group of migrants in Mexico heading toward the United States from crossing the border.

A Department of Homeland Security official tells CNN the administration could limit the number of migrants able to enter at legal ports of entry. DHS would do this by “metering,” essentially creating a waitlist to allow people to enter only if the department has the capacity to process and detain them at one of its facilities.
Those who are allowed to enter the US — if they enter as a family — may be given a stark choice. 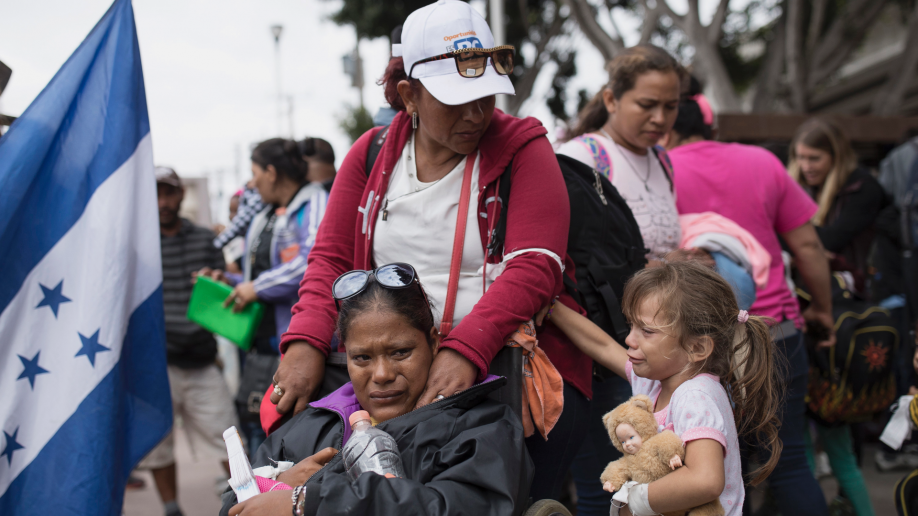 Asylum seekers in US

Could a payment app replace cash?
How offline smart payment apps could open up untapped markets for start-ups.
The administration is considering immediately giving those asylum seekers the option either to be detained together as a family during immigration proceedings or be separated from their kids, who would go into the care of the Department of Health and Human Services.
In the past, the practice of metering has resulted in individuals deciding not to endure a lengthy wait to try to get into the country legally and instead to cross illegally. Should some of this group of migrants do the latter, they could face a tougher and higher standard for seeking asylum under the administration’s plans.
The Homeland Security official said President Donald Trump would likely address both ports of entry and illegal crossings when he makes an immigration announcement, expected this week.
White House press secretary Sarah Sanders confirmed on Monday that the White House is considering “administrative actions” to address the asylum issue.
“There are a lot of options that are being discussed right now. One priority is looking for ways to secure our borders. We’d love for Democrats in Congress to step up and do their jobs and help us do that,” she said. “If they don’t and they’re unwilling to, as they have shown in the past that they are, then we’re looking at administrative actions that will help and allow us to do so.”
Sanders added later that there are several options on the table.