Dr. Obed Yao Asamoah, a former Attorney General has said calls by some members of the public, especially in the Volta Region to involve all in the referendum for the proposed Oti Region was unconstitutional.

He said agitations by persons outside Oti Region to be included in the referendum to determine the wishes of the people in the affected areas was grossly misconceived because the 1992 constitution did not support their calls. 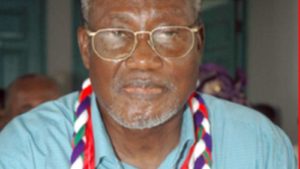 Dr. Asamoah who was briefing the media at Likpe said the framers of the constitution were emphatic that referendum should be held after a petition had been presented to the President by the people seeking a new Region, which people within the Oti enclave did.

He said his support for the creation of Oti Region was not for personal gains but for posterity and development of the northern part of the Region.

“Administrative regions and districts are created to foster development and bring government closer to the people and that is the objective of creating Oti Region” Dr. Asamoah.

He called on citizens of Santrofi, Akpafu, Lolobi and Likpe (SALL) to envisage benefits from associating themselves with Oti Region and support the referendum “massively”.

“We wish to assure government that there is a silent majority that will manifest its support for the creation of the Oti Region at the referendum, the strident opposition often accompanied with threats of disorder is only intended to weaken the resolve of government to stay the course” Dr. Asamoah said.