Paul Allen, the billionaire co-founder of Microsoft, died Monday. He was an investor, entrepreneur and philanthropist who influenced many aspects of modern life — from technology and science to sports and music.

Allen was 65, his investment firm Vulcan said in a statement announcing his death. He died in Seattle from complications related to non-Hodgkin’s lymphoma two weeks after Allen said he was being treated for the disease.
Non-Hodgkin’s lymphoma, like the less-common Hodgkin’s disease, is a cancer of the lymphatic system.
“My brother was a remarkable individual on every level,” Allen’s sister, Jody Allen, said in a statement on behalf of his family. “He was a much loved brother and uncle, and an exceptional friend.”
Allen founded Microsoft (MSFT) with Bill Gates in 1975, several years after the two met as fellow students at a private school in Seattle. Allen left the company in 1982 after he was diagnosed with Hodgkin’s disease.
“I am heartbroken by the passing of one of my oldest and dearest friends, Paul Allen,” Microsoft founder Bill Gates said in a statement Monday. “Paul was a true partner and dear friend. Personal computing would not have existed without him.”
Microsoft CEO Satya Nadella called Allen’s contributions “indispensable.”
“As co-founder of Microsoft, in his own quiet and persistent way, he created magical products, experiences and institutions, and in doing so, he changed the world,” Nadella added.
Allen didn’t slow down after leaving Microsoft. He stayed on the company’s board of directors for several years while establishing his own philanthropic foundation, along with Vulcan, his investment firm. 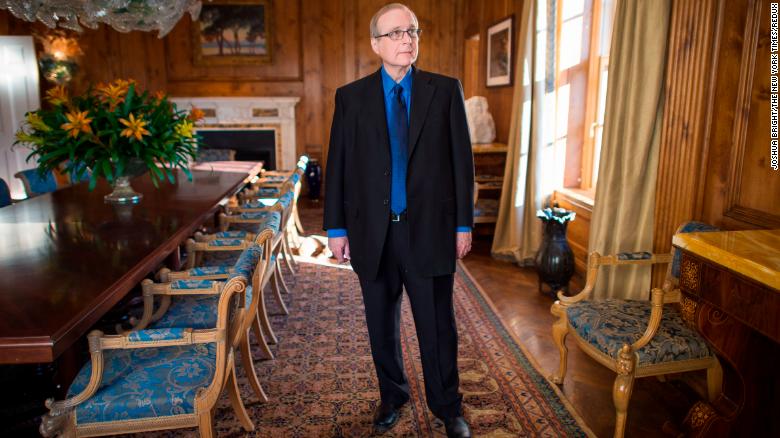 He bought two professional sports teams: the NBA’s Portland Trail Blazers and the NFL’s Seattle Seahawks. He was involved with both until his death.
“Paul Allen was the ultimate trail blazer,” NBA Commissioner Adam Silver said in a statement, adding that Allen was one of the league’s longest-tenured owners. “He was a valued voice who challenged assumptions and conventional wisdom.”
NFL Commissioner Roger Goodell called him the “driving force” behind keeping the NFL in the Pacific Northwest. In a statement, Goodell said Allen “worked tirelessly alongside our medical advisers to identify new ways to make the game safer and protect our players from unnecessary risk.”
Friends, family and other admirers also praised Allen for his significant philanthropic contributions.
The technologist, who Forbes says was worth $20.3 billion at the time of his death, donated more than $2 billion to charity. He also founded several organizations, including the space transportation company Stratolaunch, the Allen Institute for Artificial Intelligence and another Allen Institute that focuses on bioscience. Vulcan, which he founded, managed his business and philanthropic interests.
“We shared a belief that by exploring space in new ways we can improve life on Earth,” said Virgin Group founder and CEO Richard Branson.
“All of us who had the honor of working with Paul feel inexpressible loss today.” said Vulcan CEO Bill Hilf. “Today we mourn our boss, mentor and friend whose 65 years were too short — and acknowledge the honor it has been to work alongside someone whose life transformed the world.”
Actor Leonardo DiCaprio, who worked with Allen on shark conservation, shared his condolences via Twitter.
“Sad to hear of the passing of Paul Allen, who was a strong advocate for environmental protection,” DiCaprio said. “His legacy lives on via his incredible work as a philanthropist and investor.”
Allen was also known for his love of music. In a 2013 interview with Guitar Player, Allen recalled how listening to “Are You Experienced” by the Jimi Hendrix Experience prompted him to start playing guitar.
“That was a life-changing moment,” he told the publication. “I think I was 14 when I heard it. That was just music from another planet.”
In 1995, Allen even loaned money to Hendrix’s family during a legal battle to regain rights to the guitarist’s image and music, The Washington Post reported. He also funded a $100 million museum for music and pop culture in Seattle, now called the Museum of Pop Culture.
Musician and music producer Quincy Jones mourned Allen’s death Monday evening, called him a “dear friend” and “killer guitar player.”
In his later years, Paul Allen took up a number of other projects -— from the charitable to the adventurous.
In 2014, he pledged at least $100 million to help fight the Ebola virus. In 2017, he pledged $30 million to house Seattle’s homeless.
Allen was still finding other ways to leave his mark on the world this year. A team of explorers led by him discovered wreckage in March from the USS Juneau, a World War II cruiser sunk by a Japanese torpedo in 1942.
His efforts to build the world’s largest plane were also recently profiled by Paul Levy, an editor at large at Wired Magazine. Speaking at the WIRED25 conference in San Francisco on Monday, Levy praised Allen’s accomplishments and said he would leave a mark.
“He and his partner Bill Gates [were] instrumental in pushing the needle and helping make all the things happen that we’re talking about today,” Levy said. “His imprint will be on all of us.”

It is with deep sadness that we announce the death of @PaulGAllen, our founder and noted technologist, philanthropist, community builder, conservationist, musician and supporter of the arts. All of us who worked with Paul feel an inexpressible loss today. http://vulcan.com/paul-g-allen-statement … 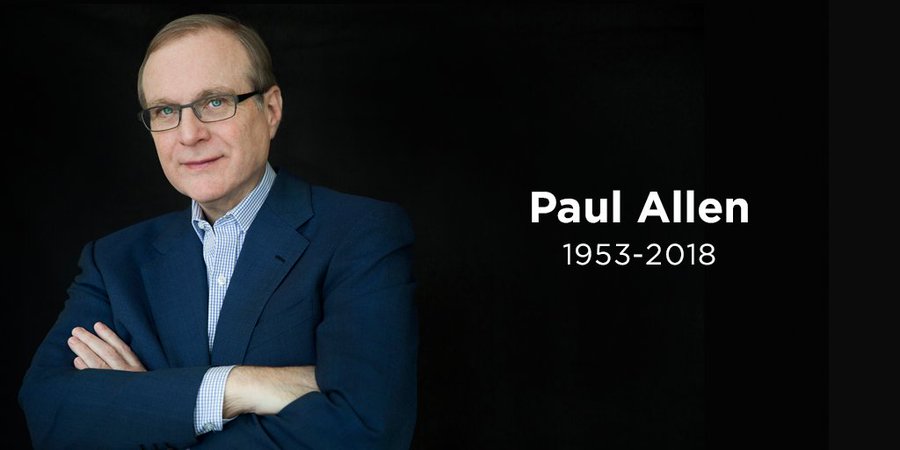 Mark Cuban, the billionaire entrepreneur and owner of the Dallas Mavericks, also tweeted his condolences.
“You were a good man and will be missed,” Cuban said. “Rock and Roll Heaven just got a lot better.”