Cristiano Ronaldo’s shock move to Juventus has got the world talking, but it could have a significant impact in the Premier League, too.

Our transfer chain is hypothetical but it either involves players the clubs named have previously bid for or is based on reports by Sky Sports or national newspapers.

With Ronaldo on his way, the deal has provided Real Madrid with a conundrum: which player in world football has the desired skill, temperament and marketing potential to replace him?

Eden Hazard looks the man up to the task of replacing Ronaldo. Following Belgium’s 2-0 win against England in the World Cup third-place play-off game, Hazard said that he could be ready to leave Chelsea for a new challenge. 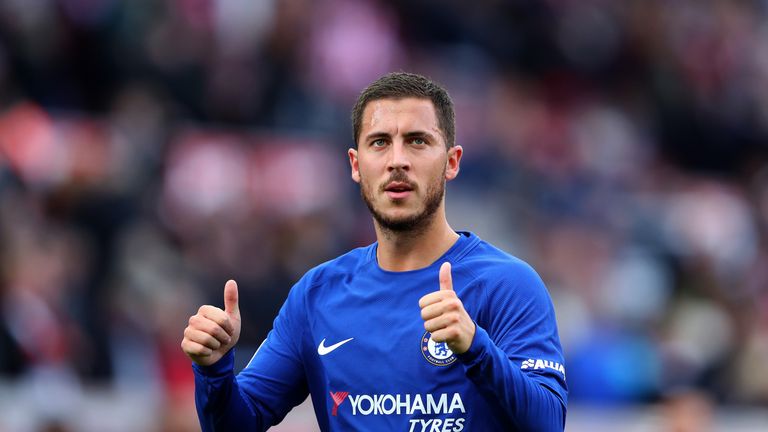 He also said that people would already know his preferred destination – thought to be Real Madrid – and despite reports that Real Madrid cannot afford the £200m asking price, Sunday Supplement guest Andy Dunn, journalist at the Daily Mirror, thinks the move will happen.