From building social networks to creating shared economy platforms, these relative youngsters are controlling the way we live – and getting rich for it.

From building social networks to creating shared economy platforms, these relative youngsters are controlling the way we live – and getting rich for it. In Forbes’ third annual Richest In Tech list, there are 16 self-made entrepreneurs who are under the age of 40, two more than last year. While 9 of them have ushered their companies to a stock exchange listing, thus turning their paper wealth to liquid cash, the other 7 have fortunes that are tied up in their unicorn companies.

The youngest of the 100 Richest In Tech this year is 27 year-old Evan Spiegel, CEO of SnapSNAP +1.87% who was the youngest in 2015 before dropping off the list entirely last year. Since the company’s IPO in March 2017, Spiegel and his 29 year-old cofounder Bobby Murphy have seen their fortunes go through tumultuous billion-dollar changes in single days. On the day of Snap’s listing, Spiegel and Murphy added a combined $2.8 billion to their fortunes after a 44% surge above the company’s IPO price. Then in May, after posting revenues that failed to meet Wall Street’s expectations, the cofounders saw their fortunes fall by $1.2 billion each. Snap’s trading saga may be the cautionary tale that bubble-believers have been waiting for, but neither Spiegel nor Murphy seem perturbed. At the company’s last earnings call earlier this month, on another day their stock and thus their fortunes plummeted, the two confirmed they will not be selling any of their stock this year, despite the lock up reportedly having expired on July 29. Spiegel and Murphy, the latter of whom is new to tech’s top 100, are each worth an estimated $3.2 billion. 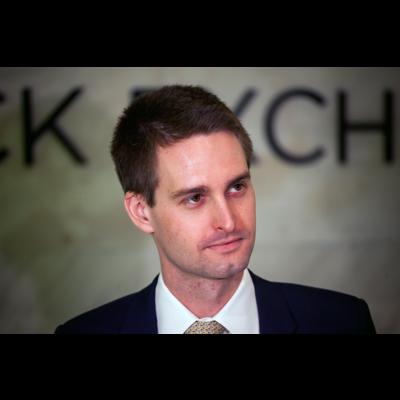 The richest of the youngest is Facebook FB +2.24% cofounder Mark Zuckerberg who has amassed a $69.6 billion fortune that’s equivalent to entire countries’ GDPs. Zuckerberg, now 33, is the year’s biggest dollar gainer, having added $15.6 billion to his fortune in the past 12 months as Facebook’s stock climbed 34% over that time. Zuckerberg created Facebook in his Harvard dorm room in his last year as a teenager and made his first billion at 23. Now with over a quarter of the world’s population on Facebook, Zuckerberg must reconsider the power and responsibility of his platform. Before, the company’s mission was to create a more open and connected world. As of June, Zuckerberg announced a new prerogative: “Give people the power to build community and bring the world closer together.”

There are three other young tech entrepreneurs who owe their billion-dollar fortunes to Facebook despite no longer playing active roles in the company. Dustin Moskovitz, who is eight days younger than Zuckerberg, co-founded Facebook when he and Zuckerberg were Harvard roommates. The company’s first chief technology officer, Moskovitz left Facebook in 2008 with his 3% stake still intact and cofounded Asana , a workflow software company. He is worth an estimated $13.3 billion. Eduardo Saverin, the third cofounder of Facebook, renounced his U.S. citizenship in 2012 and co-founded B Capital Group, a venture fund that he runs from Singapore. He is worth an estimated $9.7 billion. The last of the Facebook billionaires is Sean Parker who had a brief stint at the company’s president when he was 24. Before Facebook he cofounded the music sharing service Napster at 19 years-old. Parker is worth an estimated $2.6 billion.

Another company responsible for creating a fleet of young tech billionaires is Airbnb. The three cofounders, Nathan Blecharczyk, Brian Chesky and Joe Gebbia, who are 34, 35, and 36 respectively, are all worth an estimated $3.8 billion each. Chesky and Gebbia went to college together at Rhode Island School of Design and built airbedandbreakfast.com out of desperation – they were broke and were at risk of being priced out of their San Francisco apartment. Since Chesky and Gebbia are designers by training, Gebbia brought in Blecharcyzk, a software engineer and his former roommate, to help them build out their house-rental start-up. The company now operates in 65,000 cities and has been used by more than 160 million people. Airbnb, which closed its most recent round of funding in March of this year, raising money at a $31 billion valuation, continues to be closely watched as one of the most anticipated tech initial public offerings.

WeWork and Uber are two other mega-unicorns responsible for creating vast wealth for its youthful founders. Despite the ridesharing app’s turbulent year, Uber’s cofounder and chairman Garrett Camp is worth an estimated $5.1 billion, though that is more than a billion less than what he was worth a year ago. Adam Neumann’s WeWork, a communal work space startup, raised $1 billion in the company’s most recent round led by SoftBank in July at a valuation of $21 billion. Neumann was raised on a kibbutz in Israel and moved to the states before starting WeWork in New York City. He is 38 years-old and worth an estimated $2.6 billion.

Neumann isn’t the only youngster with a tech business outside of Silicon Valley. Based in Sydney, Australia, Atlassian cofounders Mike Cannon-Brookes and Scott Farquhar are worth $2.6 billion each. Their enterprise software company includes products that help improve project management and collaboration amongst software engineers. China’s Frank Wang is the world’s first drone billionaire, and is worth an estimated $3.2 billion, thanks to his privately held robotics company Dajiang Innovation Technology.

A notable newcomer is 31 year-old Rishi Shah whose startup, Outcome Health, puts tablets and large-format touch screens into doctor’s waiting rooms and offices. The purpose of these devices range from allowing doctors to show medical products to patients, to providing a marketing platform for drug companies. In their Series A round of funding, Outcome raised $609.9 million to the tune of a $5.6 billion dollar valuation in June of this year. This pushed college dropout Shah into the billionaire ranks at $3.6 billion.