In the beautiful game of football, there aren’t many that command the kind of respect that Arsene Wenger does. This is demonstrated in the rare stats that rates him as the longest-serving gaffer in modern football history-quite a feat for a man who until the recent dramatic turn of events, looked destined to end his illustrious career at Arsenal Football Club.

Having led Arsenal Football Club to an unprecedented 39 game unbeaten league campaign in 2004, the French football tactician was trusted so much by successive management boards that even when the club under Wenger’s watch slumped into a trophy dry-spell, a departure for the gangly manager never looked likely.

Even when discontent among fans who could not stomach the reality of playing second fiddle to other traditional top teams in English football grew louder, Wenger somehow miraculously remained at post when other managers were easily shown the exit by other teams for a single poor season.

Wenger survived the sack under the mantra of “building for the future” but alas the perceived future was never to be as a vociferous “Wenger Out” campaign by a section of the clubs support base finally found the listening ears of the clubs board who it is believed agreed in principle with the manager to bring an association spanning over two decades to an end.

While his stewardship with the club lasted, Wenger guided Arsenal to a hat-trick of FA cup trophies in 2014, 2015 and 2017-the only major trophy haul he managed at the clubs new home grounds, The Emirates Stadium. At the clubs previous Highbury stadium, he had managed to win 3 premier league titles and 4 FA cups-a number he had desperately tried and failed to improve. 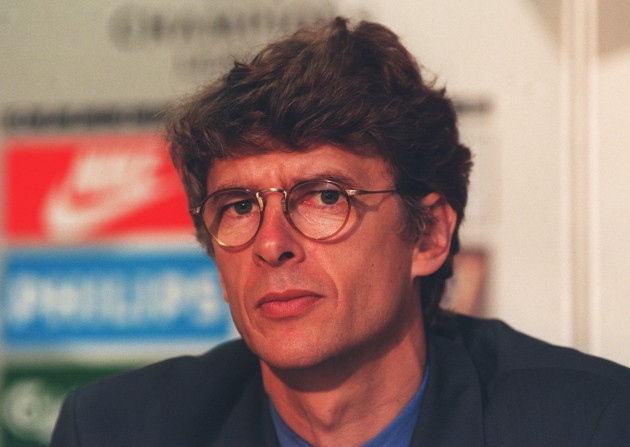 The inability –or perhaps, refusal of Wenger to compete with premiership rivals boosted by a new found financial clout has ultimately proved to be his greatest undoing as a board no more united behind its manager decided it was time for “Le Professeur” to go.

Affectionately referred to as” Le Professuer “(translated as the teacher) by Arsenal FC faithful’s and the English media, Wenger demonstrated an approach to football that required the game to be played with as much priority for results as entertainment and flair.

Though his arsenal side was often slammed for being undisciplined by pundits who often pointed to an incredible 100 red card accumulation between September 1996 and February 2014, Wenger managed to build some of the most excellent ball-playing teams the world has ever seen.

No European glory for Wenger

Though Wenger is considered a successful manager, a lack of European medal to the Frenchman’s name is a conspicuous omission that takes quite some gloss off an illustrious career that spanned 22 Years. Despite managing a single final appearance during his time at Arsenal, Wenger never savored the glee of European success after a painful narrow loss to Barcelona in 2006.

After missing out on a champions league place last season, Wenger has had to endure further misery this season. An underwhelming domestic campaign coupled with a semi-final defeat at the hands of Atletico De Madrid has seen the gunners languishing in a distant 6th place on the current English premier league log and without a chance of competing in the European Champions League for a second straight season.

This downward spiral by Arsenal had long been in the offing. For any ardent football follower who pays attention to more than what plays out on the football pitch, the decline of Arsenal was always on the horizon.

After what was Arsenal’s only meaningful progress in any recent Champions League campaign ended with defeat to Barcelona in 2006, stars like Robert Pires, Patric Viera,Jens Lehman,Sol Campbell who were part of the “Invincibles” team  that achieved the unprecedented 39- games –without- a- loss feat, left the scene for young talents like Robben Van Persie ,Alex Song and Cesc Fabregas who were some of the finest young football talents at the time.

Frantic attempts by Wenger to keep this talented next generation of stars were easily scuppered by other top sides who stole some of Arsenal’s best talents right under the nose of Arsene Wenger.

While Arsene Wenger had a promising team of young talent at his disposal, a reluctance to match rivals like Chelsea, Manchester United and Manchester City for spending clout left Wenger’s team struggling to catch up in the challenge for trophies on the local scene.

An insistence on grooming academy graduates who would easily fit into the clubs playing philosophy as against  investing heavily on talents on offer in the transfer market came back to hunt Arsenal and its manager in more ways than one.

Other elite teams who opted to splash the cash in the transfer market assumed such dominance that will eventually trigger a mild player exodus from Arsenal to such teams. Notably, Ashley Cole a player considered at the time to be the best defensive left-back in European football, left for Chelsea amidst much acrimony. While the home-grown player was berated by Arsenal faithful’s for being a traitor, the defender seemingly justified his decision to quit the gunners by winning multiple trophies in a glittering Chelsea career.

If Arsene Wenger thought he had gotten enough humiliation in seeing one of his best young talent leave for a direct rival after turning in a transfer request, there was even more to come just a few years down the line.

Kolo Toure, Samir Nasri, Emmanuel Adebayor, Giel Clichy, Bacary Sagna all very exciting young talents that Arsene Wenger had hoped to build a new solid team with were soon in Manchester donning the light blue jerseys of Manchester City who had become a team more ambitious for success than many like Arsenal.

This exodus was a clear indication that the club was losing appeal but Wenger held on nonetheless, occasionally appeasing fans with an FA cup triumph during the period and giving fans the hope that the days of the” invincibles” could be replicated in some way, again-it never turned out to be and the decline of Arsene Wenger’s Arsenal continued instead of abating. This only served to open the exodus gates for even more high profile arsenal talents to leave the club as a hapless Wenger struggled to convince ardent supporters of the team that he still wielded the magic wand to turn around the fortunes of the London based club.

While supporters continued to hope, further exits of Club captain, Thierry Henry and Cesc Fabregas to Barcelona further deprived arsenal any chance of building a formidable squad capable of challenging rivals as the club almost earned a reputation for being second-best during the period.

Indeed every attempt to pick himself and the team up after losing a key player was somehow thwarted by the departure of yet another player as arsenal literally became a fishing pool for top teams to snatch world-class talents easily. This was demonstrated in the capture of Robben Van Persie by Manchester United who would later power the Red Devils to the league title with an avalanche of goals in his maiden season at the club.

Arsene Wenger’s  closest shot at the English Premier League ended in crushing disappointment in the 2015/2016 season when despite beating the traditional title contenders to within whiskers of the tittle, Arsenal lost the title to eventual winners, Leister City.

Despite having a more experienced playing personnel, Arsenal was beaten to the league title by a more consistent Leister city side that had just gained promotion to the English top flight only a few months back-much to the consternation of ardent supporters who fancied the team’s chances of winnings only its first premier league title since clinching the title without a single loss in 2004. 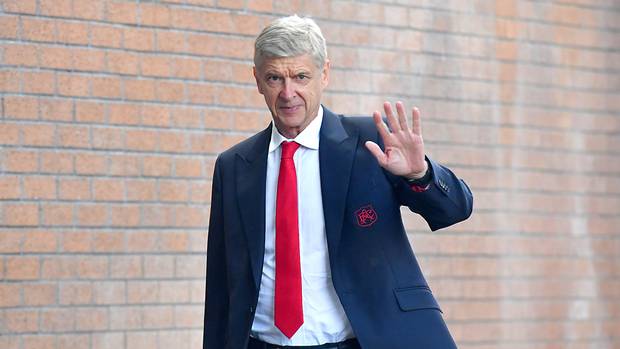 This near miss ultimately turned out to be Arsene Wenger’s last credible chance of a realistic shot at the title as he failed to improve or even maintain the second place finish he had achieved in the previous season.

Unlike Sir Alex Ferguson and other great managers who abdicated their post on the back of a title winning feat, Arsenals greatest manager leaves the helm empty handed. While his incredible work at the club was deserving of a more glamorous exit marked by a walk to a trophy podium, Arsene Wenger is set to leave without pomp and pageantry.

While this is sad for a man who gave so much to the game of football, many observers of the game believe Arsene Wenger perhaps held on too long. When it became all too glaring that the end was nigh Wenger remained adamant; perhaps seeking to end his career on a high that was never to be-it is fair to say Wenger’s grasped the reality of his diminished relevance a little too late In the day.

With a flurry of reports linking Arsene Wenger to several clubs already, the man has come out to assure the football fraternity that “For sure I will be active. My brain demands work and is active. I have huge experience in management. Overall I will work “

But it still remains to be seen where the Frenchman will pitch tent after joining the club 22 years ago as Bruce Rioch’s successor in 1996.PSG, Monaco and Real Madrid have all been tipped as Wenger’s destination but the man it seems is in no hurry to reveal what team he wants to manage next. Asked what his immediate post-Arsenal plans were, he said: “what will I do? I don’t know, at the moment, that is difficult for me .I don’t envisage that.”

Though Arsene Wenger might be finally on his way out of Arsenal Football club, the global football fraternity is consoled by the certainty that one of the few managers who made the beautiful game of football truly beautiful will remain on the touchlines for more years to come-merci Arsene Wenger!