Frank Lampard’s Non-Goal makes our list of the biggest World Cup controversies. See what else made it here (Gettty Images)

The World Cup has seen some of the greatest moments in football history take place, but it has never been immune to controversial moments either. From Diego Maradona, to the awarding of the tournament to Russia in 2018 and Qatar in 2022, the World Cup has produced countless contentious moments. In this piece we take a look at some of the biggest to have taken place during the World Cup. No doubt, the incidents below made us forget about the football and instead they were the major talking points of the tournaments. So without further ado.

Arguably the most incredible moment in World Cup history, Diego Maradona’s blatant handball to lift the ball over England goalkeeper Peter Shilton put his Argentina side 1-0 up in the quarter-final. It appeared as if everyone in the England team, and the majority in the stadium knew he handled the ball but the only person that matters is the referee and he let the goal stand. A truly incredible moment of cheating by one of the greatest players ever, who would lead Argentina to glory that year. 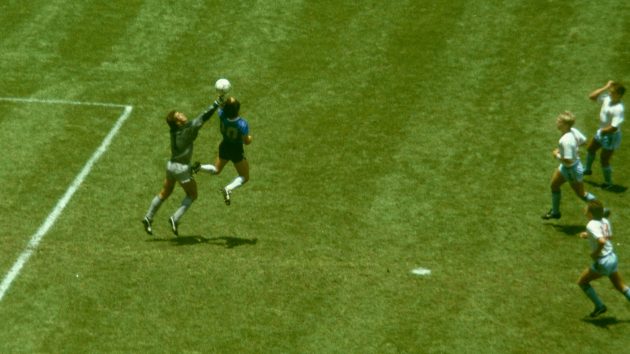 In 2006, English referee Graham Poll famously booked the same player, Josip Simunic, three times in a group stage match between Croatia and Australia. In the 61st minute, Simunic was booked for a foul on Harry Kewell, and then in the 90th he produced another bad foul to get booked again. Poll did not send him off though. In the 93rd minute, Simunic was again booked and finally Poll sent him off in one of the most memorable moments in recent tournaments 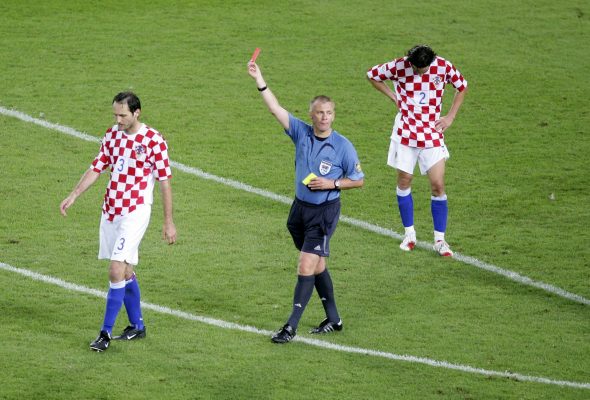 Another tournament shrouded in controversy after the host nation did a lot better than expected, South Korea in 2002 benefitted from several decisions that were incredibly controversial. In the round of 16 against Italy, referee Byron Moreno of Ecuador disallowed a goal and sent off Francesco Totti for diving. South Korea won 2-1 on a golden goal thanks to Ahn Jung-Hwan.

Then in the next round against Spain, Egyptian referee Gamal Al-Ghandour disallowed two legal Spanish goals and the Spanish were deemed to be offside almost constantly by the linesman. South Korea won 5-3 on penalties to get into the semi-finals.

It should be acknowledged that both referees were forced to retire shortly after the tournament due to match fixing and being bribed to help South Korea advance. 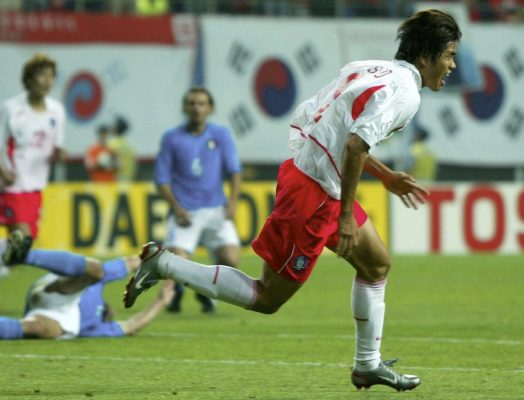 Another massive moment in World Cup history occurred during the 1966 World Cup Final between England and West Germany. In the 101st minute, England striker Geoff Hurst pivoted and hit a shot into the crossbar that bounced downwards and out of the goal. The Swiss referee Gottfried Diest was unsure if the ball crossed the line, but Soviet linesman Tofik Bakhramov signalled it did which put England 3-2 up. This moment has divided opinion for years. Was it a goal or wasn’t it? 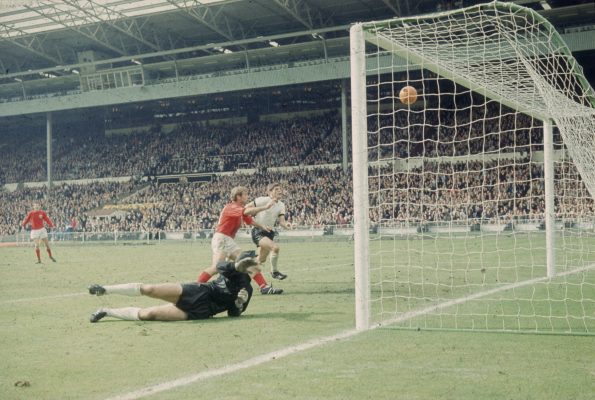 One of the most infamous matches in tournament history, the ‘Battle of Santiago’ took place in 1962 between Chile and Italy. Amidst clear tensions after Italian journalists called Santiago a dump (it was still recovering from a 9.5 Richter Scale earthquake), both sides proceeded to assault each other in a myriad of ways. The first foul came after 12 seconds and the first sending off was in the 12th minute. Punches, kicks, and numerous scuffles meant the police had to intervene three times during the match, which Chile won 2-0. 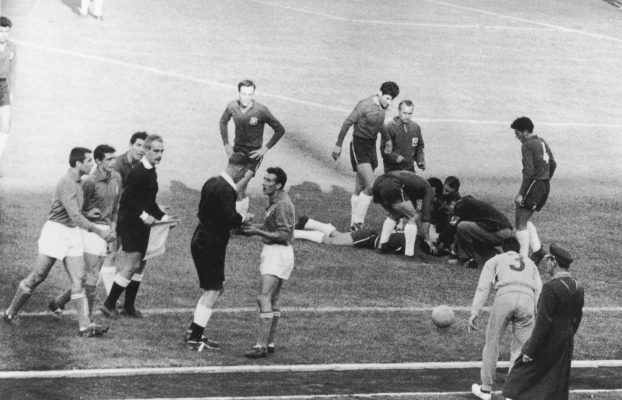 This game is famous for its ‘Anti-Football’ aspect. Algeria were playing in their first World Cup and shocked the world when they beat favourites West Germany 2-1. Extremely close to advancing to the next phase of the tournament. However with the final group games played at different times, West Germany knew that a 1-0 victory would put them and Austria through and Algeria would be eliminated.

Ten minutes in the Germans scored thanks to Horst Hrubesch. Both teams then proceeded to do nothing the rest of the game to maintain that scoreline. Algeria would complain but to no avail, they were eliminated and from this point on, final group games are all played at the same time.